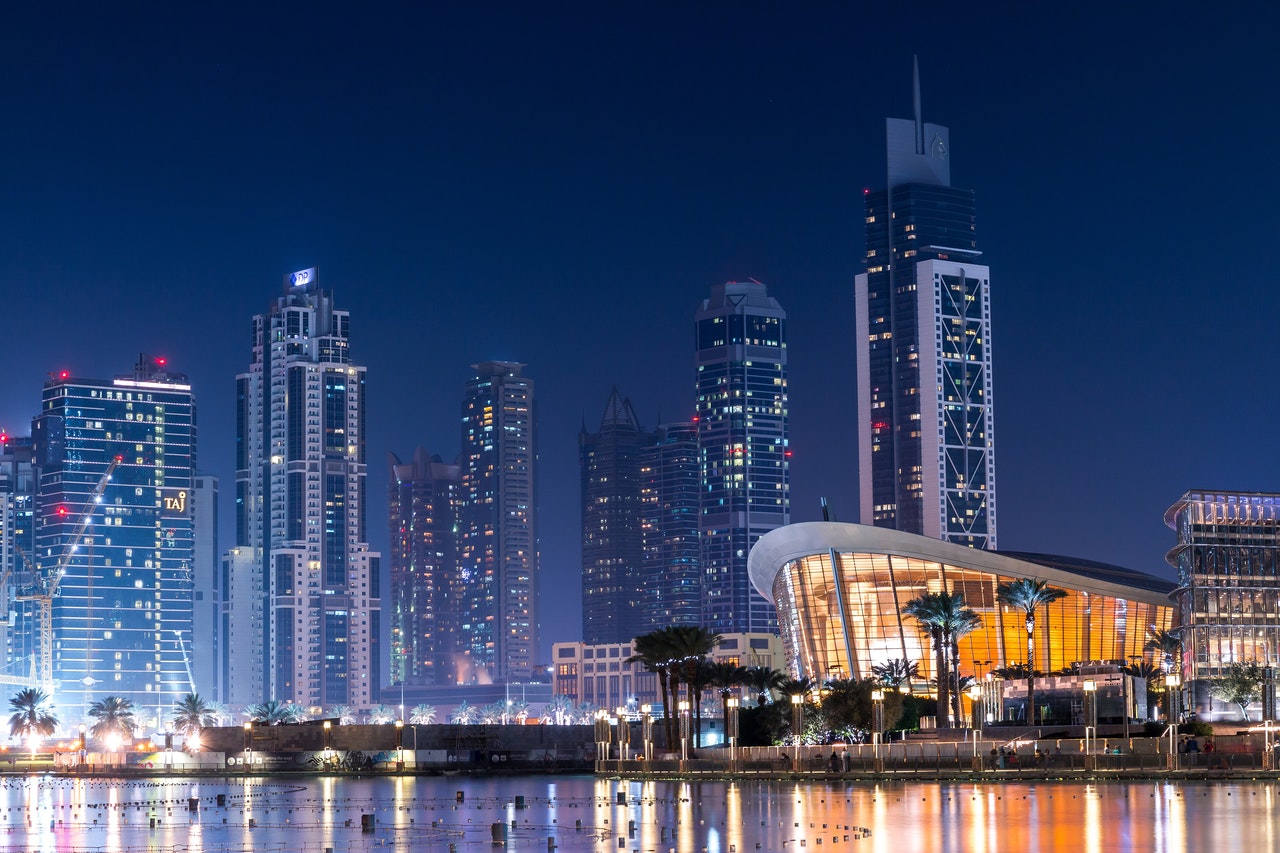 For some places in the world, the discovery of a valuable natural resource has the power to change everything. For the city of Dubai, once just a dry expanse of desert with a small settlement, its entire economy and cultural scene has been affected by one precious commodity—oil. Looking at the city, which is packed with luxury hotels, shopping malls, and architecturally impressive skyscrapers, it’s hard to imagine how it could have ever been less than opulent. But Dubai wasn’t always the global city it is today, and this is all due to the veins of “black gold” running beneath the ground.

These days, the emirate and city of Dubai are considered symbols of development and a sign that humans can prosper despite challenging circumstances. Even with its unforgiving temperatures and arid climate, Dubai managed to use the discovery of oil to build a strong economy and a high standard of living. In 2016, the city welcomed 14.9 million tourists who came to enjoy Dubai’s luxury shopping and dining, as well as its daring modern architecture.

History of Oil in Dubai 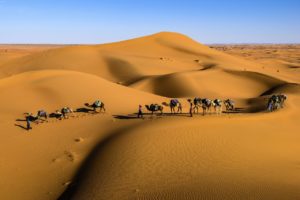 Dubai’s past can be clearly divided into two eras: before and after the discovery of oil. Before the resource was tapped, the people who lived in the area bred camels and goats, while working the land to grow dates and other crops. They used the mouth of Dubai Creek to fish and cultivate pearls. Although its resources were meager, the city’s location and port made it an ideal trading partner with Europe. Since 1900, Dubai has had the busiest port on the Persian Gulf. By the 1930s, Dubai’s population had reached 20,000, with a considerable number of expatriates. By the 1950s, the creek had begun to silt, and the city dredged it several times in the ensuing decades to ensure it could accommodate large ships. The development of Dubai Creek—along with the creation of other ports in the city—solidified Dubai’s position as a major trading hub.

When oil was discovered in 1966, just 60 miles from the coastline, the emirate of Dubai quickly went to work harvesting an even more valuable commodity. By 1969, 180,000 barrels of oil were exported abroad. The next few decades saw the discovery of more marine oil deposits, which bumped production up to about 410,000 barrels per day by 1991, the zenith of the emirate’s oil economy. Infrastructure developed at a frenzied pace, and schools, hospitals, roads, and skyscrapers began popping up everywhere. Dubai International Airport was significantly improved and was able to accommodate the largest jumbo jets for intercontinental travel. With its tourist-friendly attitude, high quality development, and minimal taxes, the city quickly became a business and tourism hub for a region stretching from Egypt to the Indian subcontinent.

By 1980, the annual oil income had dropped to an all-time low, forcing the city and the emirate to dream up some new ways to stay relevant on a global scale. They began their reinvention by promoting tourism and establishing the Emirates airline in 1985. The Dubai government founded the Emirates National Oil Company (ENOC) in 1993 and opened the first refinery at a cost of AED 1.5 billion or approximately $273 million. It was able to produce 120,000 barrels a day on average. In 2007, the Dubai Petroleum Company assumed control of all oil and gas projects in the emirate.

That same year, the Dubai Mercantile Exchange (DME) was launched to establish a commodity exchange in the city and set a crude oil pricing benchmark known as the Oman Crude Oil Futures Contract. This effort has brought about a fair and transparent pricing system and has allowed parties to better assess risk and benefits. This level of standardization has helped to establish reliable prices and has become the premier international energy futures and commodities exchange in the Middle East.

Today, Dubai’s oil fields continue to produce, even though the emirate’s high demand for fuel now outpaces its production. As a result, Dubai has become increasingly dependent on imports to make up the difference, bringing in gas by pipeline from Qatar. Oil production in Dubai is now estimated at 70,000 barrels per day, and its reserves will likely be exhausted within 20 years. Oil accounts for less than 5% of Dubai’s economy.

Fortunately, the emirate has been making a sustained effort to diversify its economy since the 1980s and 1990s by supporting the tourism, construction, real estate, and financial services industries. Dubai also boasts several industry-specific free zones with tax incentives for businesses; foreign companies have established major regional headquarters in these areas. For example, in Dubai Internet City, companies including Facebook, Google, Microsoft, Samsung, and IBM have offices. In addition, Dubai has been selected to host the World Expo in 2020 and has chosen the theme “Connecting Minds, Creating the Future” for the international event. This will be the first World Expo hosted in the Middle East and North Africa (MENA) region.