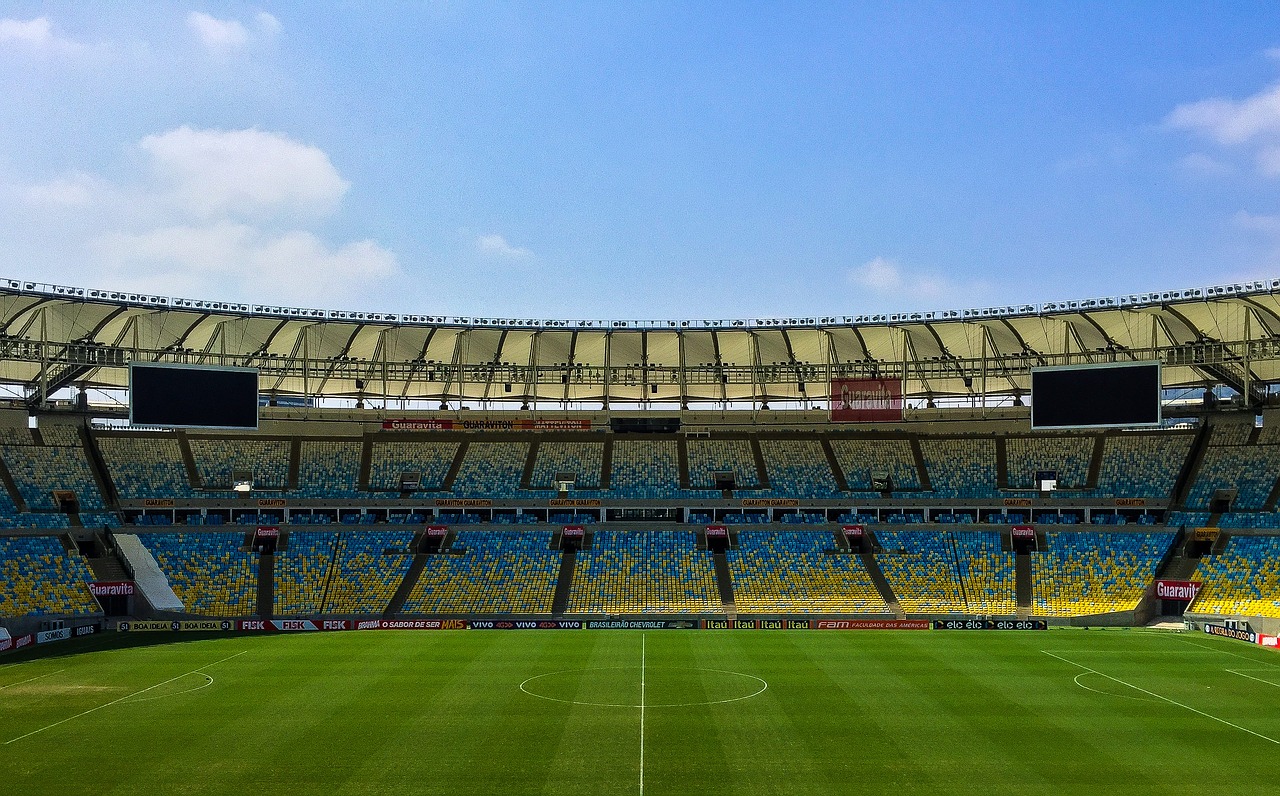 Ranked 164th and 148th respectively in total area and population among the world’s sovereign states, Qatar will become the smallest nation ever to host the FIFA World Cup when it does so in 2022. In addition, it will become the first Arab nation to host the popular football tournament. Despite its relatively small size, Qatar received hosting rights in 2010 after the Middle East nation’s bid beat out those from the United States, South Korea, Japan, and Australia.

In preparation for hosting the tournament, the country’s Supreme Committee for Delivery and Legacy (SC) is overseeing the construction of eight brand new state-of-the-art stadiums complete with open-air cooling technology. In May 2017, the Khalifa International Stadium was inaugurated, and seven others are still in development.

In 2013, plans were first presented for this 40,000-seat stadium, and foundation work began in 2016. While it was originally expected to be completed by the last quarter of 2018, estimates now have the stadium opening in early 2019. Located in Al Wakrah, the stadium was designed by Zaha Hadid Architects and contains a symmetrical roof with three shell-shaped structures and an opening in the middle. It will host matches up until the quarter-finals and, following the completion of the World Cup, will be scaled down to 20,000 seats. In an effort to make the stadium more accessible, it will be connected with central Doha via a new metro line that is currently under construction.

This stadium, which is under construction in the city of Al-Khor, will cost nearly $1 billion and will have a capacity of 60,000 people, which is up from the original estimate of 45,000 in 2010. The added seats will allow the stadium to host one of the two semi-final games. However nearly half of the seats will be removed following the completion of the World Cup, and the stadium will then become the home of the Al Khor SC. Surrounded by parking facilities and modern landscaped plazas, it meets industry standards for sustainability and environmental guidelines.

Also referred to as Qatar Foundation Stadium, this stadium is currently under construction and is scheduled to open in 2019. When completed, the stadium will have a capacity of 40,000 seats. Yet, like others, it will have a significant number of seats removed—15,000 to be exact—after the World Cup ends. Designed in the shape of a diamond, it is surrounded by several local and foreign research institutes and universities.

Currently under construction in the second-most populous city in Qatar, the Al Rayyan Stadium’s design is that of an almost rectangular bowl with unique outer cladding. Like others expected to solely host games during the round-robin portion of the tournament, it will have a capacity of 40,000 seats. Original plans for the stadium in Al Rayyan involved the expansion of the old Ahmed Bin Ali Stadium, but that was instead demolished in 2014 to give way for ground preparation work on the new stadium. Foundation work began in 2016, and the stadium is expected to be completed in 2019.

Lusail Stadium is SC’s most ambitious project in preparation for the 2022 World Cup. The 80,000-seat stadium, which is being designed by Foster + Partners, is slated to host the tournament final, as well as both the opening and closing ceremonies. The stadium will be located 9 miles outside of Doha and have a design highly influenced by traditional Arab architecture. Moreover, it will serve as the cultural center of the city of Lusail. When all the seats are removed following the completion of the World Cup, the structure will serve as a home for a new school, cafe, health clinic, housing, and a community football pitch.

“It’s a city for the future, and once the World Cup is over it will form a crucial part of the legacy of the tournament as it transforms to become the heart of a brand-new community,” said SC secretary general Hassan Al Thawadi. “We hope that one day, future generations look at Lusail Stadium as a source of inspiration, perseverance, and innovation that enabled the transformation of Lusail into the modern city it is.”

Located 12 kilometers south of the Doha seafront and skyline, this 40,000-seat stadium is being modeled after the gahfiya, which is a traditional Arab headdress worn by men. Acclaimed Qatari architect Ibrahim M. Jaidah is the visionary of the unique design, which earned the Architectural Review Future Projects Award in May 2018. The stadium will be scaled down to 20,000 seats after the World Cup, with the other 20,000 to be donated to developing football nations.

Presently in the early stages of construction along the shores of the Gulf, the 40,000-seat Ras Aboud Stadium will overlook the Doha skyline. Anticipated to be completed in 2020, the stadium features a design that incorporates shipping containers and is based on a modular approach that will result in a reduced carbon footprint and relatively quick construction. Unlike the other stadiums that will remain intact after the World Cup, the Ras Aboud Stadium will be dismantled and repurposed following the tournament.