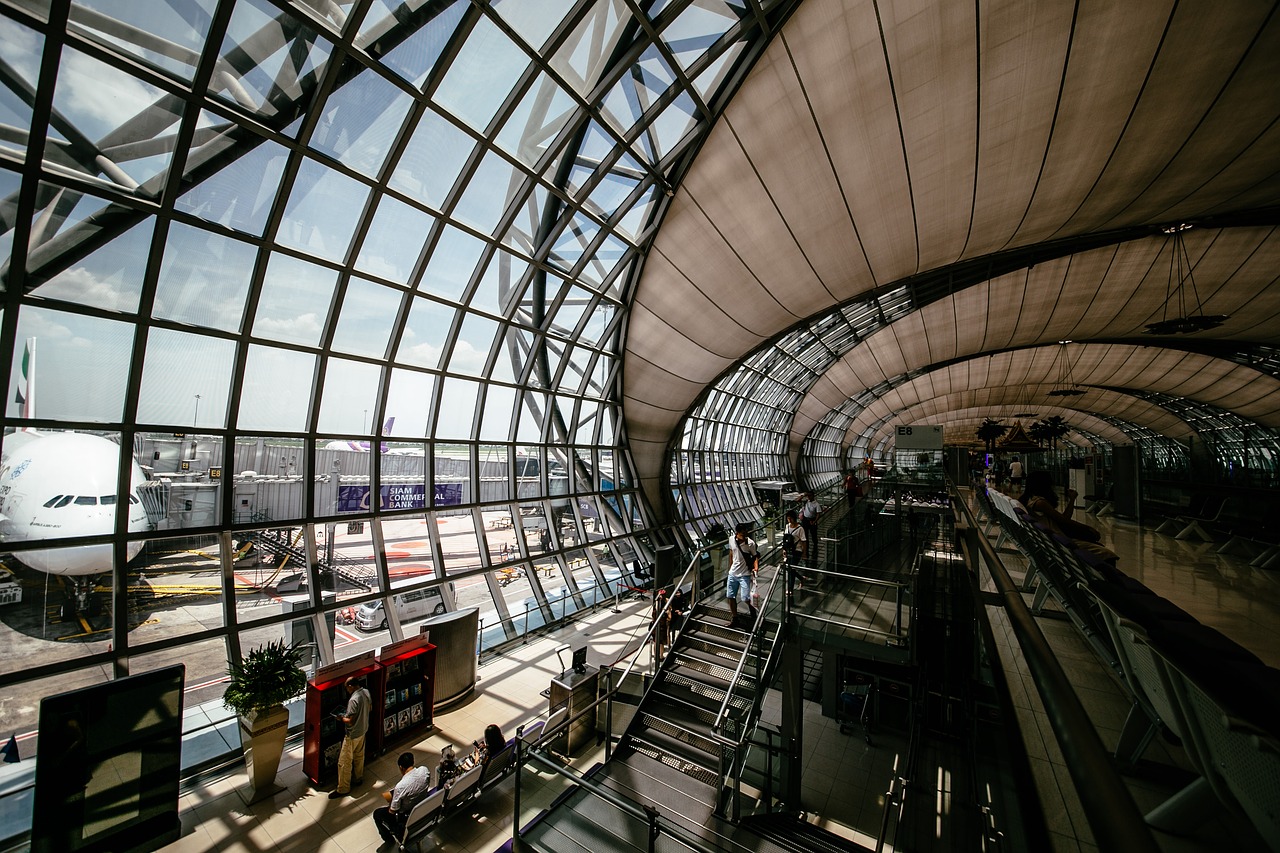 The Gulf region has become a central hub for global air traffic in recent years, led in large part by airports in the United Arab Emirates (UAE), Qatar, and Saudi Arabia. Construction of new airports and expansion of existing facilities over the next few years will significantly increase airline traffic in the region.

Ongoing airport-related construction projects in the Middle East and Africa, according to the Construction Intelligence Centre, were valued at a combined $222.3 billion in February 2020. These five airports are among the most prominent in the region and are contributing to the growth of the Middle East aviation sector:

The airport has three different terminals, one of which serves all airlines. Another serves scheduled charter flights, while the third is strictly designated for Emirates Airline, which offers travel to 85 countries and connects passengers to airports in smaller European cities such as Glasgow, Newcastle, Geneva, and Lisbon.

Formerly known as the Seeb International Airport, the Muscat International Airport in Oman is among the busiest in the Middle East with annual traffic exceeding 16 million passengers. It has two terminals, the second of which opened in 2016, and offers flights to 400 cities worldwide.

As is the case with several other airports in the region, it has experienced substantial traffic increases in recent years. The number of passengers per year increased by more than 10 percent from 2017 to 2018. In December 2018, the airport was named World’s Leading New Airport at the 25th annual World Travel Awards in Lisbon, Portugal.

The 580,000-square-meter airport was strategically constructed with room for further expansion to serve as many as 80 million passengers per year. Amenities include a ground floor level medical clinic, prayer room, cinema, private suites, kid’s play rooms, and a spa.

“We are committed to playing a pivotal role in realizing the government’s ambitious national logistics strategy and becoming one of the top 20 airports in the world by 2020,” noted Oman Airports CEO Sheikh Aimen bin Ahmed Al Hosni in 2018. “The new infrastructure is vital to deliver the level of service that our customers expect and to expertly manage and develop the gateways of Oman.”

Hamad International Airport (HMI) is one of the many airports in the Middle East undergoing expansion. Plans for the second phase of this expansion were revealed in October 2019 and included the development of a 10,000-square-meter indoor tropical garden in addition to the connection of the central concourse to concourse D and E.

The expansion, which is part of Qatar’s efforts to prepare for hosting the 2022 World Cup, will also include 11,720 square meters of retail space and a 9,000-square-meter lounge complete with spas, gymnasiums, and restaurants, among other facilities. The project is expected to be complete by 2022, at which point the airport will have an annual capacity beyond 60 million passengers.

The airport opened in 2014 and served nearly 30 million passengers from April 2015 to March 2016. It boasts more than 135 check-in counters and a robust baggage handling system that can handle as many as 120,000 bags per day. HMI was recognized as Best Airport in the Middle East and Best Staff Service in the Middle East at the Skytrax World Airport Awards 2020. It finished third in world airport rankings.

Opened in 1981, the King Abdulaziz International Airport is the busiest airport in Saudi Arabia. Located in Jeddah on a 105-square-kilometer plot of land that also includes the King Abdullah Air Base for the Royal Saudi Air Force, the airport serves more than 40 million people per year. It is particularly important to Muslims as its Hajj terminal, one of the largest in the world at 510,000 square meters, serves as the gateway for Hajj and Umrah pilgrims to Mecca.

As part of the country’s airport modernization program, Bahrain is building a new passenger terminal at Bahrain International Airport. The 220,000-square-meter terminal is four times the size of the existing terminal and is expected to increase its annual capacity from 9 million to 14 million passengers. The $1.1 billion project began in February 2016 and was due to be completed in 2020. The modernization program also included an expansion and rehabilitation of the existing terminal.