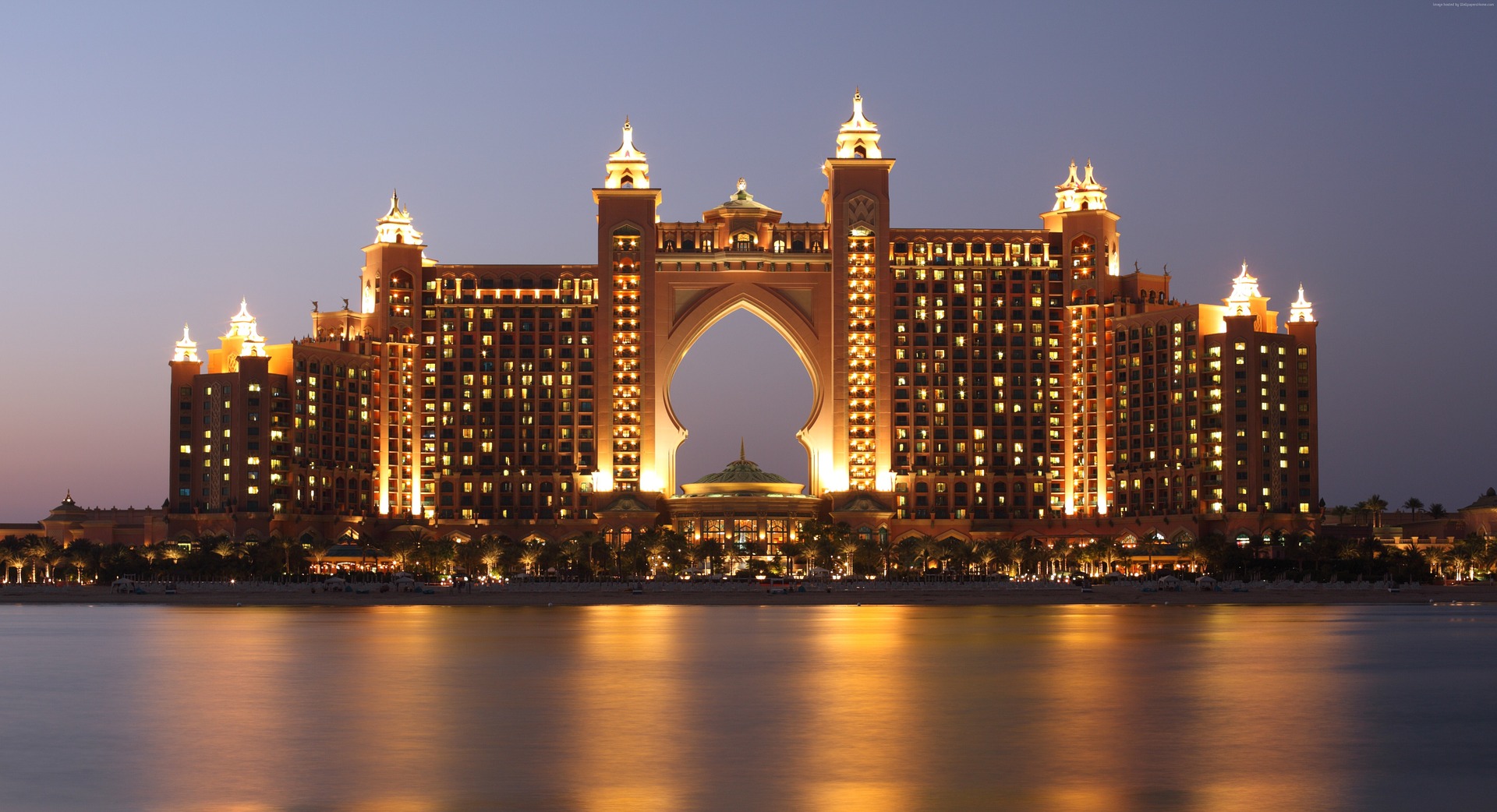 The Palm Islands of Dubai are most certainly not the only artificial islands in the Middle East. Expanding the coastline by constructing islands is a common practice throughout this area and a trend that has resulted in a variety of exciting infrastructure projects along the Gulf Coast.

A 985-acre artificial island located just off of Doha’s west coast, The Pearl-Qatar is a haven for the ultra-rich. The island is situated just over 12 miles from Doha’s airport and connected to the mainland by a highway. The island was named The Pearl because it was constructed on top of a site that was once popular with pearl divers. The name is also fitting due to the shape of the island, a 988-acre development designed to resemble a necklace of pearls.

The Pearl, which contained the first land in Qatar available for purchase by non-locals, draws both Qatari locals and tourists from all over the world. Foreigners who purchase land on the Pearl are automatically provided with residency visas.

The island is comprised of 10 districts, each with its own culture and atmosphere. The Pearl is growing quickly: some estimates show that the population will increase to over 40,000 residents in the coming year.

The development, which has a $1 billion budget, is centered around a single crescent-shaped island just off the coast, aptly named Crescent Island. The crescent will feature community facilities such as stores, restaurants, and a ferry center. Crescent Island opens out to five smaller islands shaped like fish. The islands (often referred to as the petals) each contain between 52 and 90 residences. The entire development is encircled by six coral atolls, each with over 170 homes. Durrat Al Bahrain also has its own full-sized golf course, a 400-boat marina, and 12 bridges.

Located just north of Dubai, Ras Al Khaimah’s coast features a collection of four islands that are collectively referred to as Al Marjan Island. Each of the four islands has an inspiring name: Dream, Treasure, View, and Breeze. Altogether, the four islands cover just under 323 million square feet.

In Dubai, one needs a license to purchase and drink alcohol. This won’t be the case on Al Marjan. The islands of Al Marjan were not developed as a family-friendly destination. On the contrary, the collection of islands was constructed with celebration in mind, specifically the music and festivities so prevalent on the Spanish island of Ibiza. Several large beach clubs are under construction, and island officials are working to bring large music festivals to Al Marjan.

Saadiyat, which is just under 12 square miles long, is a manmade island located less than 1 mile off of Abu Dhabi’s coast. Saadiyat is divided into the cultural, beach, and marina districts.

The cultural district features a variety of luxury retail and residences, as well as a number of museums, including branches of the Guggenheim Museum and The Louvre.

Situated right off the coast of Dubai, Bluewaters Island is an artificial island that will eventually be home to the Dubai Eye, or Ain Dubai, the world’s largest Ferris wheel stretching almost 700 feet into the sky. The construction of Bluewaters Island and the Dubai Eye began in 2013 and should be open to the public by 2018. The development is expected to cost just over $1.5 billion.

The construction of the Dubai Eye is considered an impressive feat of engineering. The Ferris wheel’s base is already in place. The 20-meter tall foundation weighs over 1,800 tons and was positioned with the help of some of the largest cranes in the world. Once completed, the Dubai Eye will measure 210 meters tall, and it will be able to carry 1,400 people at a time. Moreover, one full turn of the Ferris wheel will take 48 minutes.

While the Dubai Eye is expected to serve as the crown jewel of Bluewaters Island, a number of other attractions are planned. The estimated 300 million tourists who are expected to visit annually will be able to enjoy a variety of restaurants, retail outlets, and other entertainment facilities. The island will also feature a number of hotels and residences.