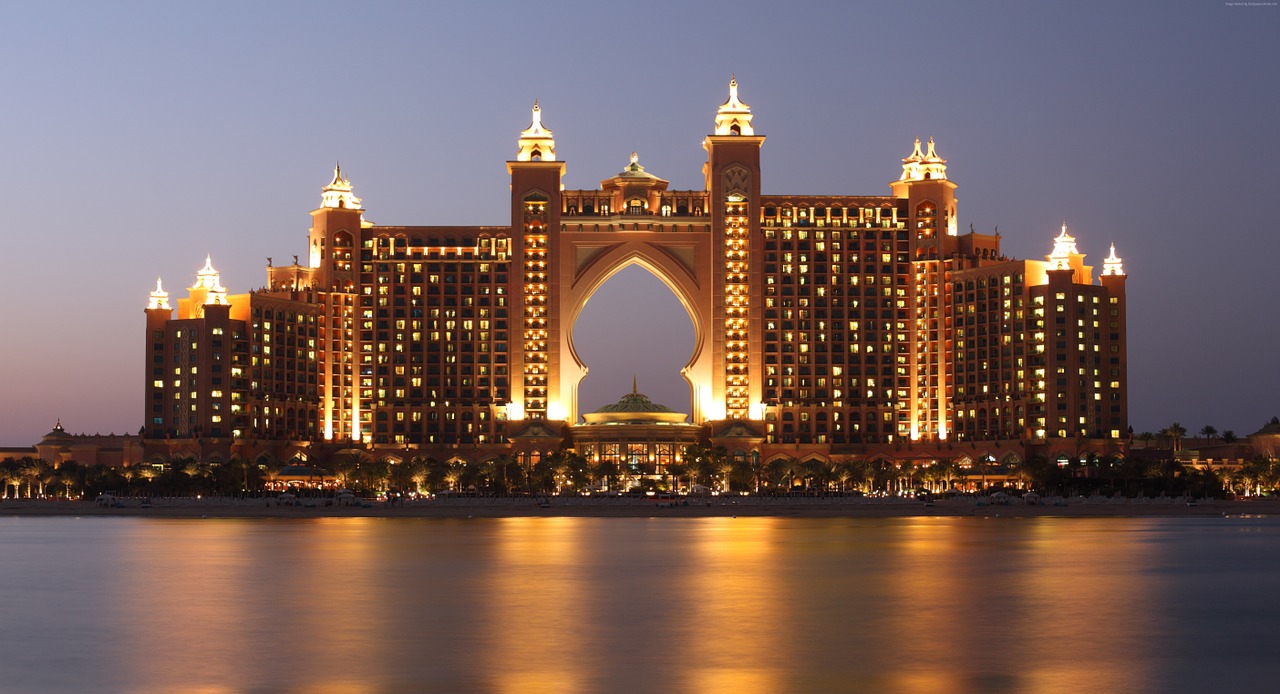 What Are the Palm Islands?

The Palm Islands are a collection of three islands, Palm Jumeirah, Palm Jebel Ali, and Palm Deira, off the coast of Dubai. Each island’s name stems from its shape: all three resemble palm trees, with a trunk and arms extending from the top like palm fronds, and then an additional crescent-shaped breakwater above the island to protect it from storms and open-ocean waves. The islands are so large that they are visible from space.

The Palm Islands began as part of an ongoing effort by Sheikh Mohammed bin Rashid al Maktoum, the UAE’s Prime Minister and the ruler of Dubai, to transform the emirate into a center of tourism. Dubai’s leaders hope that the new tourism sector will enable it to be less reliant on the currently struggling oil industry, which is isn’t sustainable.

In addition to being a tourist destination, the Palm Islands would expand Dubai’s short coastline, adding miles of waterfront property for residential and commercial development. Some estimates claim that the Palm Islands have increased Dubai’s coastline by 166%.

Preparing to Build the Palm Islands

The Sheikh first shared his plan for the Palm Islands in 1990 and partnered with Nakheel Partners to realize his vision. However, before construction began, the developers commissioned nearly 100 studies to assess the feasibility of the project.

A variety of outside consultants provided input on the project. These included the company Hill International, which had worked with Dubai on the construction of Hamriyah Port and other coastal mega-projects, and Hurley Charvat Peacock, a US firm that had contributed to the construction of Universal Studios and SeaWorld.

The crescent design that was intended to protect the palm islands from the ocean was subjected to a litany of tests. A Dubai company called Sogreath Gulf developed a realistic model of the crescent and assessed its strength in a laboratory. These tests were particularly enlightening because they led to a change in design; the crescent would need to have a short opening on either side to improve the water quality around the islands.

Construction Begins on the Palm Jumeirah

The crescent breakwater was the first step in the construction for the first and smallest island: the Palm Jumeirah. Hoping to cultivate a coral reef, the builders used 7 million tons of rock instead of concrete, which was much cheaper. The completed breakwater stretches over 11 kilometers long and 50 meters beneath the water’s surface.

The builders then focused on creating the palm tree’s fronds. To do so, engineers took 94 million cubic meters of sand from Dubai’s ocean and carefully piled it in the appropriate places to build up the land.

Once the island itself existed, engineers began outfitting the land for human occupation. The Palm Jumeirah features desalination and wastewater treatment plants, as well as an extensive transportation system that includes a monorail. The road network includes three bridges and a massive tunnel 25 meters beneath the ocean.

Developments on the Palm Jumeirah are extensive. The trunk of the palm tree shape features a commercial area called the Village Centre as well as more than 2,000 beachfront apartments. There is also a luxury neighborhood called the Golden Mile and a Trump International Hotel and Tower. The fronds are home to 1,500 high-end villas, and the crescent features over 20 luxury hotels. To provide seaside access, four marinas are scattered throughout the Palm Jumeirah.

Construction of the Palm Jumeirah lasted 6 years. When the property hit the market in 2002, before the construction was finished, the villas sold out in three days. Residents began occupying their homes on Palm Jumeirah in 2007.

Construction for Palm Jebel Ali began in 2002 but stopped suddenly after the market crash in 2009. Nakheel Properties has now recovered from the crash and started to develop the waterfront area of the second island, but there is no official completion date.

Intended to be the largest of the three Palm Islands, with an area of over 850 million square feet, plans for the Palm Deira were grand. The project has since been reduced and has evolved into a collection of four islands under the name “Deira Island.”

A bridge connecting the first island to the mainland has been completed, but it is not yet open to the public. Residences and hotels are expected to open on Deira Island in 2020. When completed, Deira Island is expected to house more than 200,000 residents and create more than 75,000 new jobs. Another exciting development on Deira is the 4.5-million-square-foot mall, which is also slated to open in 2020.

While this massive collection of man-made islands is still under construction, the Palm Islands have already impressed the world with their innovative infrastructure and inspired design.